You know it's been a productive day when you did not blow up a gas station.

Things I would need to be perfectly happy in a room all alone (...prison?)

Sometimes crazy things happen. And sometimes they all happen on the same day. On, Friday, my roommates and I went to go eat at the Wilk. Before we walked up from the bowling alley, we ran to the bathroom. I didn't have to go, so I planned to just wait in the waiting area. There happened to be a lady there, who I will call, Ethel. I handed some hand sanitizer and say down.
"They didn't have water like that back in my day." Said Ethel.
"Haha, yeah, technology is getting pretty crazy eh?" I replied.
"Back in my day, we had milk that had creme on top and I would scrape the creme off and put fish oil on it and fed it to my children (or kittens, I'm not quite sure what she said there). Do you have fish oil every day young lady?"
"Um... I can't say that I do."
"Well, you should. An apostle told us too. And I think that's why I've lived to be 91."
She then proceeded to tell of the time she ate dinner with one of Abe Lincon's great grand kids or something, and they had a pig with the apple in it's mouth and everything. Then another lady, Harriette, came out and expressed her distaste for the painting that was above us. Mary Magdalene's dress was the wrong era and style.
Ethel and Harriette discussed that for a while. Then, my roommate came out of the bathroom, and I bid my farewells to Ethel and Harriette. They were quite lovely ladies.
We walked up stairs to the cougar eat. As we were strolling along, a boy ran up to me and said "Here. I want you to have this. Bye." And he ran off. I proceed to open the note. Which said... (regard the photo wherever it may be. Uploading this from a phone posts much more of an issue than one sound think).


I took the challenge. But first we needed to eat. So we ate. As we were getting up, a man stopped one of my roomies and asked where she got the vest she was wearing.
It turns out, he just thought it was something his daughter would like, but still, it was odd.
Then. It was time to find an attractive man. Which, honestly, wasn't that hard. So, I walked up, and said " Here. This is for you. Have a wonderful day." And walked (not ran) away. My roomies waited for his reaction. And they say I probably made his day. Which made me happy. Then, it was up to Jess's house. Where we had crazy amounts of fun.

Written by Josie Louise on Wednesday, August 22, 2012 No comments:

If any of you have not taken the colour code test. I suggest you do. It's very fascinating.  You can read about it here.
I am a White.


Motivated by Peace, Whites will do anything to avoid confrontation. Their only demands from life are the things that make them feel comfortable. That feeling fosters their need to feel good inside.
White Strengths Whites are kind, considerate, patient and accepting. They are virtually devoid of ego. They are good at constructing thoughts that did not exist before, just from careful listening and taking time to think things through.
White Limitations Whites don’t commonly share what they are feeling, understanding or seeing. They won't express conflict. Whites may be unwilling to set goals. They dislike working at someone else’s pace. They can be very self-deprecating
And When I say I am white. I am almost white through and through. There are 45 questions and all but 4 of them where white. 41 out 45 white. The other colour was Yellow. Yellow is motivated by fun.
The book teaches you a lot about yourself honestly. I thought I was going to be blue while I was reading it. But as soon as took the test and read the white I realized how white I was.

Work is pretty normal. Most of the time, I only get questions about media stuff, which I can totally answer. And sometimes I get asked to check out video cameras and laptops. And I can totally tell you where to do that.
And then other times I get asked about medical things, Like wrapping and ankle. Or if they have classes that will help your study skills. Or how to work photoshop. And sometimes. When I go to find out the answer, they hang up.
I'm sorry you called the MEDIA center, ( And I tell them it's the media center) and me finding out how to answer your question (not about media) takes too long. Goodness.
Then we have people who don't leave at closing time. Why would you want to be in the library after midnight anyway? Seriously. It's an amazing place. But no. You really don't need to stay here all night.
Written by Josie Louise on Friday, August 17, 2012 No comments:

Sunday night I decided I would accompany the majority of my roommates, who were going to be going on a date to a reception of their friend (I bought this friend's contract for the apartment I will be moving into).
Since it was a date I needed to find just that. A date. And the wedding was the next day. But, not to fear! Our FHE brothers all know her. And, two of my roommates would be asking two of them. So I decided to ask one of them. Now, I have never asked anyone on a date. Or anything. Plus I didn't have his number. So Sunday night I was scrambling to get his number. I finally got it when there was a knock at the door. We yelled for the person to come in. And there he came, and sat down to join us for a round of Life (the game which most of us were playing. Including Patrick, my brother.)
"Hey I have a question for you." I said.
"Yeah?"
"Do you, Um..., So as you know there is a wedd... uh. Tomorrow night....? Um..." I stuttered over words trying to ask if he wanted to accompany me to the wedding.
"She's asking if you want to go to a wedding with her" patrick finished.
"Oh! Yeah. I would love to go with you."
I was relieved that somehow that got out, and I didn't care if it was from my mouth or another's. So that was that. Then I learned that we need to leave by 6. And both of us worked until 6.
So Monday night, I'm closing up at work as fast as I can, I speed walking as fast as I can. My roommates called me, asking if I wanted them to leave. We could see each other from where we were though, so I say I'll hurry and I start running to our door. In two minutes I am changed and ready to go. No, really. Two minutes. You can ask my roomies.
Half our group left. Unfortunately the person who needed to leave on time the most was with us. So we waited for my date to get ready.
Finally we were off. And we made it before the other car did. I'm still not sure how.
The reception was at temple square, and it was a beautiful reception. Later, we all just walked around with our dates talking. After some time, we regrouped and took individual pictures. While this was happening, I noticed some girls walking by with walking sticks and a guide dog. Then I continued talking and taking pictures with our group. Later, one of my roommates suggested that we take a group picture, we all agreed that it was a wonderful idea. She then proceeded to walk over to the blind girls... "what are you doing? Oh no, don't ask them, no. Oh dear..." - those were my thoughts as she walked over there. She had indeed asked the blind girls if they could take our picture.
"Um. We're seeing impaired. Can't you see the walking sticks and guide dog?"
"Ooh."
She apologized profusely. And I felt really bad for her. But it was so funny, and I laughed for a good while.
Then we headed off to In and Out Burger. They have pretty good fries and shakes. And then we went home.  And that was that.

I have decided my face looks kinda weird on film. I don't know what to do with this decision. More make up? Sure. Maybe?

In the past 72 hours I have slept 2 hours. Two. That's healthy, right?
Yeah, it probably is.

Sometimes you need to re-live your childhood

And college is a great place to do that. Be it colouring, playing dress up or building blanket forts, your childishness just comes out. Probably because growing up is terrifying.
Now, I am not saying I've done all the of those.... ha, no, I have. But, tonight while trying to sleep with the light on, I tucked a blanket into the bunk above mine. Just where the light was. Then I remembered that I could just cover the whole thing in blankets creating a fort. I was write happy with myself.
Now, I realize that you, dear readers, are probably not that interested in my fort. That is fine. Really, I just needed something to blog about today.
But, I really am quite scared of growing older. I realized today that 1. I will never (most likely/hopefully) have my own room ever again.
2. My future husband is out there, probably going to good ol' BYU.
And 3. I could feasibly have a child in like 5 years. 6 would be better, as would 7. But, say I got married (heaven forbid) next year, our the year after that, a child would probably... anyway.
I don't know. life is crazy. And I love it. 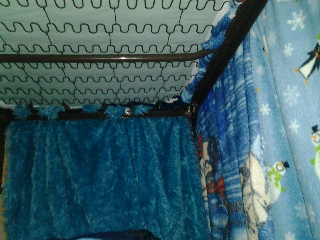 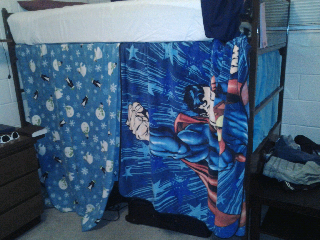 Written by Josie Louise on Tuesday, August 07, 2012 No comments:

Well. High school is done. I've moved out. My roommates are amazing. Seriously, I could not have asked for better roomies.
I'm working at the Media Center at the BYU Library. Basically, I rent out movies and rooms and projectors. It's....exciting?
Um. I'm taking classes in two-ish weeks. I'm moving farther from campus, which means, I need to buy a bike.
Oh oh! I was so good at running. Seriously everyday and mostly every morning. And then, bad things happened and my roommates said that I couldn't run anymore. Gah.
I'm going to the Cardiologist on... the.... 21st? Yes. Hmmmm.
I think that's it. I am totally going to update more. Because I can update my blog directly from my telephone!!! What the crazy? I know.

So, last monday I got really… What’s the word? Sick? For about an hour, breathing hurt. Like so bad. And it was scary. And all of my roommates were all around me, worried, I guess. And I was like “why guys? I’ll be fine. Why are you worried?” And now, my roommate is laying on the ground, her breathing hurts too, not in the same way, but still. And I am super worried. I want to help her, but I can’t. Also, half of her chest/ sternum is concaving. And she says she’s fine. Jeez.