Sometimes Life Just Gets You Down

Lately, I've been down in the dumps. I shouldn't be, but I am. My baby died. Even though she was just a cat, I don't think people really understand how I feel about her. She has been with me from her first day off life. 6 long years. I found it extremely funny to tease her, I regret it now. She was very interactive. If she wanted something, she would come get you and meow until you followed her to what she wanted. The very few times she would cuddle with me, I would refuse to move from the spot until she was ready to leave, which means sometimes I wouldn't kneel for prayer. I now treasure those precious moments. Almost everyday I would come home from school, find her in one of her favourite hiding places, I'd drag a blanket over, and she'd climb in and nestle in, where we'd take a nap. In the winter time, she'd sleep on the heaters, I would think she was so smart. Sometimes we'd share the heater, sometimes I'd take over and she would leave to another. She used to get in the way a lot. So i'd shove her away. now I wish that I had pet her more. One of the last things I did was put her in box. She was so scared. And i thought it was kinda funny. I took her out and cuddled her before sending her back outside.
And to think I used to push her away when she rubbed up against me just because I didn't want cat hair all over. It seems trivial now. If she were to walk up to me right now and rub up against me, I wouldn't do that. Not at all.
Satan has also been getting at me. Telling me that I'm not good enough, pretty enough, skinny enough, talented enough, brave enough, and that I'll never amount to anything. Which is something I'm worried about. All my life I've wanted to be an actress. Stupid aspiration, I know. I've never really planned for anything else. I could do Middle Eastern Studies. But let's be honest. Learning Arabic makes me feel dumb. I should be amazing. I've been studying for basically 5 years. What's that? Yes. FIVE YEARS. And yet I still get things I learned my first year confused. And by first I mean, first 4 years. Cause it's all been the same things.
I know that it really is my fault. I don't exert my full effort at all. I've been told I have potential. I don't really believe that. It's hard to explain. But, I am terrified that if I actually try for once, I would still fail. And that scares me. This way I know that I could do better, I just choose not too.
I want to be working on projects. I want to help people.
Yesterday, I was watching Spider-Man II, and despite the horribleness of it, I realized something that I want to do given the opportunity, I would like to start a charity foundation for the elderly. There is one that looks like it gives them opportunities that they've always wanted to do, which is great. But I am talking about, if they are about if they can't pay the bills. The US needs help with that. I don't know how to start. But I would love to help an elderly couple (or person) if they are loosing their house, or pay for their medications and such. Because if anyone deserves it, they sure do. I feel like I need to work at having relationships. I know that I am a hard person to have a relationship with. Any kind, Friendship, Romantic, Family. I am not an easy person to have around. I'm awkward. I hate voicing my opinions. And most of the time I really am indifferent about it. I never reply to basically anything. I want to. I have rewritten facebook messages, emails, and letters hundreds of times. I'll finish them, erase them, write again, erase again, on an on until eventually I just give up, and say I'll do it later. Then I forget about it and it just sits there. I'm horrible at expressing my opinions. Even more so in actual words to an actual face.
Auntie Marie, I just want you to know how much I love you. I read your blog all the time. You have definitely influenced my life. Thank you for being there. I can not wait for the day when I can finally hug you, and speak with you. Maybe this isn't the place for it, but at least it is actually getting said.
I didn't get the part that I wanted in the school play. It was just a supporting character, but still. And I think the person who got it is wonderful. Her voice is a lot stronger and better than mine, and I am happy for her. But when I told her good job for getting it, she was upset because the character wasn't a lead. At least she got a part. Oh well. She'll learn. I'm in another play, and my character has to be flirty and sexy. And if there were 2 things that did not describe me, it would probably be those 2 words. I do in fact realize that it is acting, but I have no idea how to giggle or dance 'sexy'.
I really just want to be working on a film. But there has been nothing for a girl my age since May. I did get one audition, but I couldn't go because of startalk. Now my agency hasn't been sending me stuff, so I usually see it too late.
Right now I'm just discouraged, scared, and feeling a bit worthless.
This too shall pass. 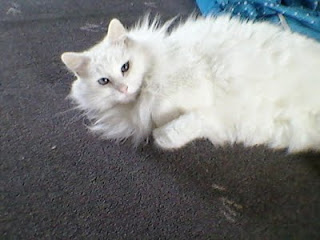 This month has infact been filled with madness. But not with Basketball. During the first week of March Provo High performed 'Tartuffe' by Molière. It was really good. Roughly 20-40 people came on the first 2 nights. But the 3rd night there was about 100. And that was our best night.
Then on the 11th, I filmed a commercial. We started filming at midnight. And I got home around 6:30 in the morning.
Then we performed 'Antigone' by Sophocles. And that was crazy. we had already preformed it twice. But The girl who played Antigone and the girl who did Creon's voice were not able to come to Region to compete. ( The boys did not do their own voices. Partly to show the power of women, and partly because we have only like 4 boys. The boys just acted with their bodies.) So we had to recast Antigone. The Girl who played Antigone's sister Ismene, got the part of Antigone. And then I got the Part of Ismene. I was formerly a chorus member. Then the girl who played Creon's Wife, Eurydice, got the part of Creon. And another chorus member got Eurydice. We had two practices with that cast. Only 2. And then we went to region. We made about 4 mistakes. But, the judges didn't notice. Because we got straight superiors. No one else in the region did. So now we're going to state.
And then this week I filmed a short film. Which was also a ton of fun.
Even though this month has been one of the most stressful months i've ever had (also add in end of the term, which means i had 2 crazy language tests.) It has also been one of the best.
Written by Josie on Sunday, March 27, 2011 2 comments: